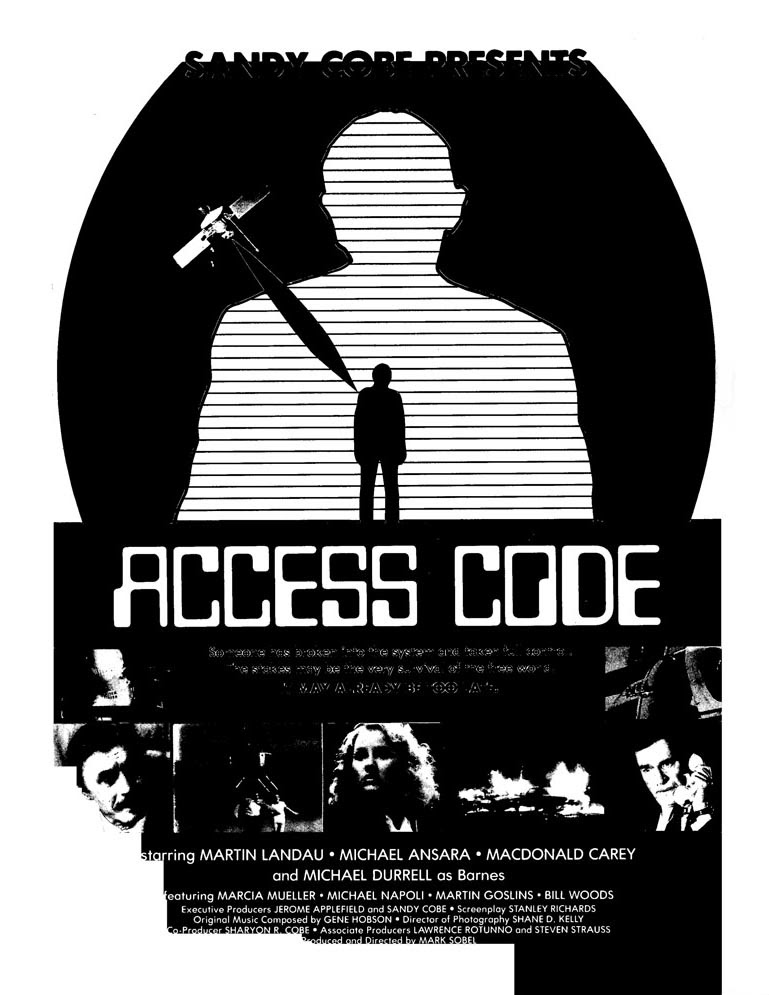 
Apparently somebody, somewhere has stolen some nukes and a secret government agency is trying to get them back before they blow up the earth. Meanwhile a journalist named Ben Marcus (the Dustin Hoffman-like Michael Napoli, in his only screen credit) is also attempting to get to the truth. Along with him on this adventure are Julie Barnes (Walter) and a man named William (Woods). They’re all on the run and there’s a bunch of talky “intrigue”, meanwhile no one, including the audience, has a very clear picture of what’s going on.

On the side of the government is a man named Agency Head (Landau). It may seem like a strange name, but maybe he’s related to Murray Head of One Night in Bangkok fame. Or, the writers were too lazy to come up with a name for the most respected actor on the project. Will we ever find out the super-secret ACCESS CODE?

The only people likely to wring any enjoyment out of Access Code are fans of “80’s tech”, as there are plenty of single-color computers and reel-to-reel tape machines, not to mention microwaves with dials.

Thankfully, and unnecessarily, the computers talk to the people tapping away on them, of course in that typical monotonous robot voice. That was amusing, but maybe it is necessary after all, because there were some misspellings on the screen (we spend a lot of time looking at computer screens in this flick), for instance, we think they were trying to spell  “multi-faceted”. All that aside, Access Code has a slow/weird pace, and seemed destined to be video store shelf-filler from moment one. 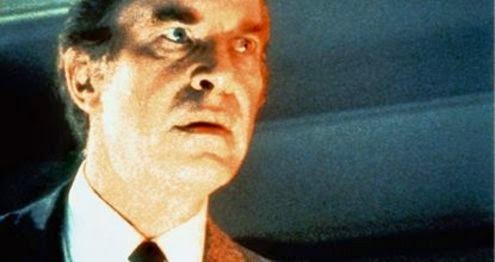 Director Mark Sobel also directed Sweet Revenge (1987), and wrote the similarly-themed, but much more coherent and entertaining Terminal Entry (1988). Both ‘Entry and ‘Code were produced by Sandy Cobe, the man behind the legendary Revolt (1986). So there’s a nice 80’s pedigree here, and Sobel was obviously influenced by 1984 (probably the novel, because the movie with John Hurt came out the same year as Access Code - unsurprisingly, 1984), as well as The Conversation (1974), among other paranoid thrillers.

Unfortunately, his attempt does not thrill. But he tried to marry those ideas with the then-current obsession with access codes and all things computer and nuclear. Sadly, the results are lackluster and mediocre, but he did get a second try with Terminal Entry and he made the best of it.

There are, of course, some noteworthy cliches here, such as a computer expert being called “The Best” by a government guy, and the fact that very important information is on a much sought-after disc (in this case, of the black and floppy variety). Let’s not forget Martin Landau is on board for some reason, and most of his scenes appear on a totally black set that would later appear in The Killing Man (1994), and The Charlie Rose show.

It’s amazing any dialogue gets said at all, because the people we see on screen commit the un-PC act of smoking many, many cigarettes. But at least we get the priceless line readings of one Bill Woods as William. He was our favorite character. An interesting connection occurs in the casting of Gyl Roland as Kathy, who also was in Black Gunn (1972) with Martin Landau. Michael Ansara makes a notable appearance here as a Senator, mainly because he looks a lot like Edward James Olmos. We called him Senator Olmos.

The whole outing has a TV movie vibe and after it’s all over, you sit there wondering “what happened?” - none of it really sticks with you. Despite the deliveries of William, on the whole we thought Access Code was unimpressive.

Slow? Got the German VHS - it is lame.

You're right. It's pretty lame throughout. Terminal Entry is a million times better.

Mildly interesting film, but i'm one it's one Landau would prefer to leave off his resume.