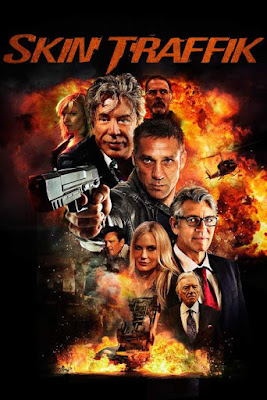 AKA: A Hitman in London

Bradley (Daniels) was a hitman, but he gave it all up. But a chance meeting on the streets of London with a prostitute named Anna Peel (Swain) slowly embroils him in the danger of the underworld once again.

Not only does he have to face the goons sent forth by the guy that used to run him, known only as The Executive (Roberts), but also a pair of evil SKIN TRAFFIKers named The Boss (Madsen) and Zhanna (Hannah) are wise to Bradley ruining all their operations. Teaming up with a mysterious diamond merchant named Jacob Andries (Fahey), the two men aim to find Anna's missing sister...and take down the baddies's operations forever. But what will Vogel (Rourke) have to say about all this? Find out when a HITMAN IN LONDON comes to your screen...

Thank goodness for Ara Paiaya. He's one of the few people out there delivering old school-style action movies for the fans. We saw the follow-up to Skin Traffik, Instant Death (2017), first, and really enjoyed it. But we liked Skin Traffik even more. It's very hard to lose when you put Gary Daniels in the main hero role and he goes around busting heads. Surround him with a top-notch cast of B-Movie regulars and you have a real winner on your hands.

The plot is sort of Urban Justice (2007) meets Taken (2008) meets the aforementioned Instant Death. Again, a very winning formula. The whole thing kicks off, quite literally, with Gary Daniels looking for the time-honored "Disk" just like in all the action movies of the old days. 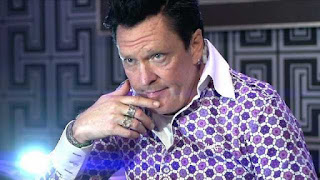 The only difference now is he's asking Mickey Rourke, who is almost unrecognizable here. If it wasn't for his voice, we wouldn't have recognized him at all. Whatever happened to growing old gracefully? He looks like a cross between what happened to Kenny Rogers, Jocelyn Wildenstein, and an old Hollywood agent. Gary Daniels still looks good and seems vital because he doesn't go in for any of that superficial muck. 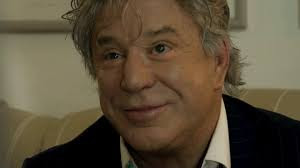 Fan favorite Madsen brings his classic charisma and his gravelly voice to the proceedings. It would have been nice to see him and Daryl Hannah in other settings besides just that one room, but we're still happy they're there. Same goes for Eric Roberts, who also puts in an enjoyable performance, but for most of it, it's a classic sit-down role. To be fair, he does get up later, however. The whole rest of the cast is fantastic and we're very happy they all agreed to be in this low-budget DTV action movie.

Sure, some of the action scenes are a bit rough around the edges, but the viewer can tell they were done with a lot of heart. The sped-up action and the CGI were not even needed. For a true old-school feel, they should have been eschewed, especially with Gary Daniels at the helm. But, on the whole, those are minor quibbles and we really enjoyed Skin Traffik immensely. 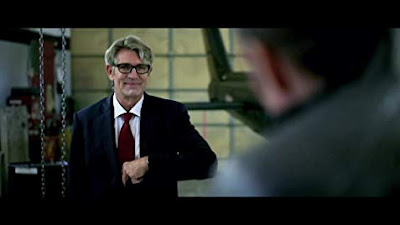 You can tell that Paiaya and his compatriots really cared about what they were doing, and that shines through to us, the viewer. If he chooses to continue down this road of action filmmaking, which he clearly has a lot of affection for, the sky's the limit for what he can do in the future. We wholeheartedly recommend Skin Traffik.

Comeuppance Review by: Brett and Ty
Also check out a write-up by our buddy, DTVC!
Posted by Ty at 14.12.20

This Paiaya guy has the action formula down to a fine art of total rudeness. Check out his 2011 film ‘The Suppressor’ for more evidence. The first time I saw it I was in disbelief. The sort of stuff you dream of in this tepid day and age.

Sounds good! We'll try to get ahold of it. Thanks