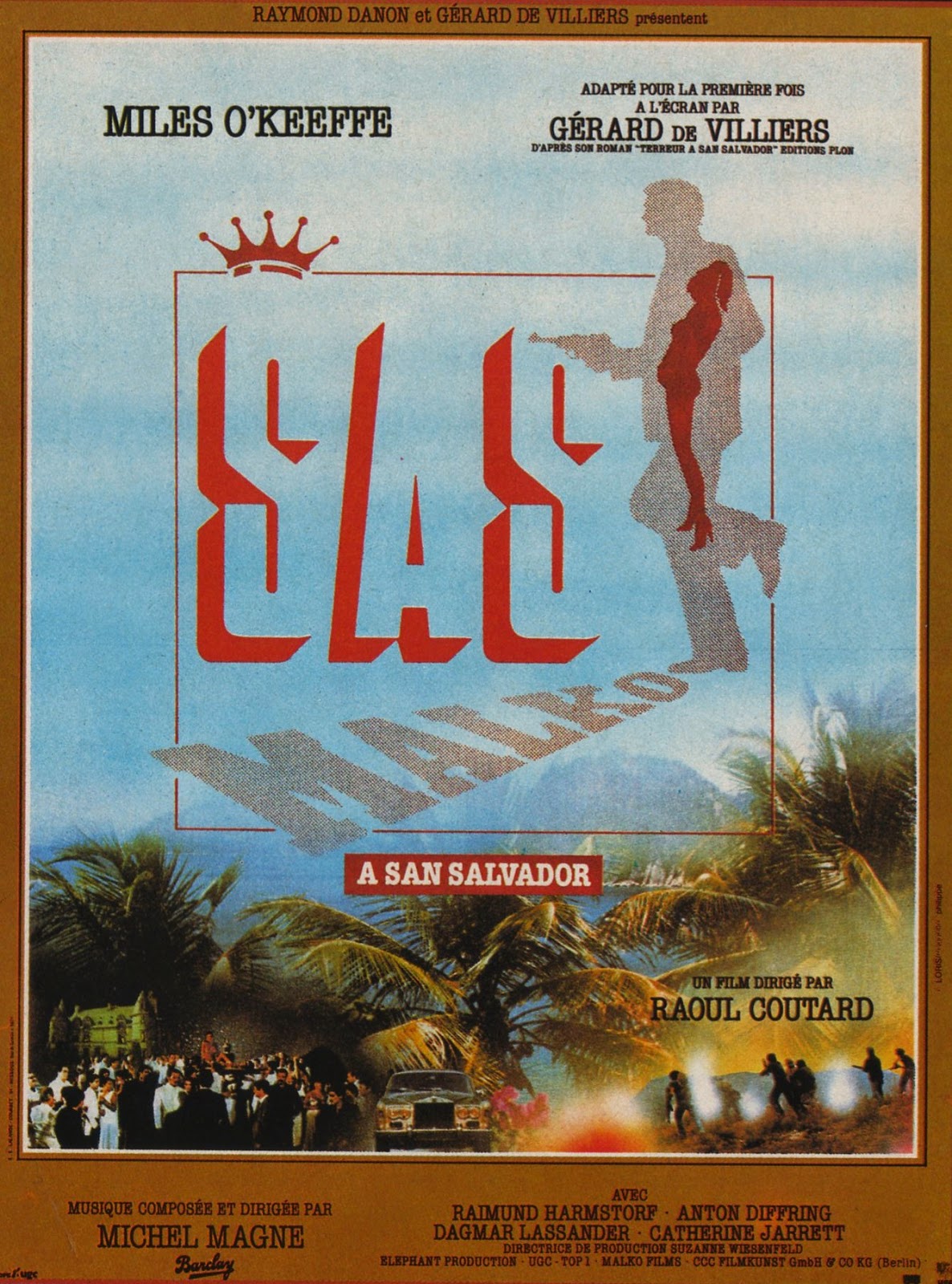 In the small South American country of San Salvador, a beloved archbishop is violently murdered. This sets off an already-volatile situation with the citizens and there are riots in the streets. The culprit is found to be arch-villain Enrico Chacon (Harmstorf) and naturally there’s only one man who can stop him: Malko Linge (O’Keeffe).

Malko lives in a castle of his own (not to be confused with Coffin Joe of course), and apparently takes on assignments from the CIA in order to keep up his Austrian castle, which is in dire need of repair. His girlfriend Countess Alexandra (Danning) doesn’t seem to mind. So Malko goes to San Salvador and meets up with his contact Peter (Diffring) but seems to be distracted by wooing the ladies, including Maria Luisa (Lassander). Malko is going to have to get to fighting the baddies sooner or later, but will he complete his mission?

While it does open promisingly with a cool credits sequence, SAS is really just one in a long line of El Presidente/South America slogs we’ve seen over the years. When you look at how much time has gone by as you’re watching the movie and see only about 20 minutes or so has elapsed, it feels more onerous than usual. This is because it doesn’t feel like 20 minutes of its own movie, it feels like it was just added on to Cocaine Wars (1985), Overthrow (1987), Merchants of War (1989), McBain (1991), and so many others of this ilk. The minutes just seem added on to one long movie. And the distinct lack of action really hurts this one. 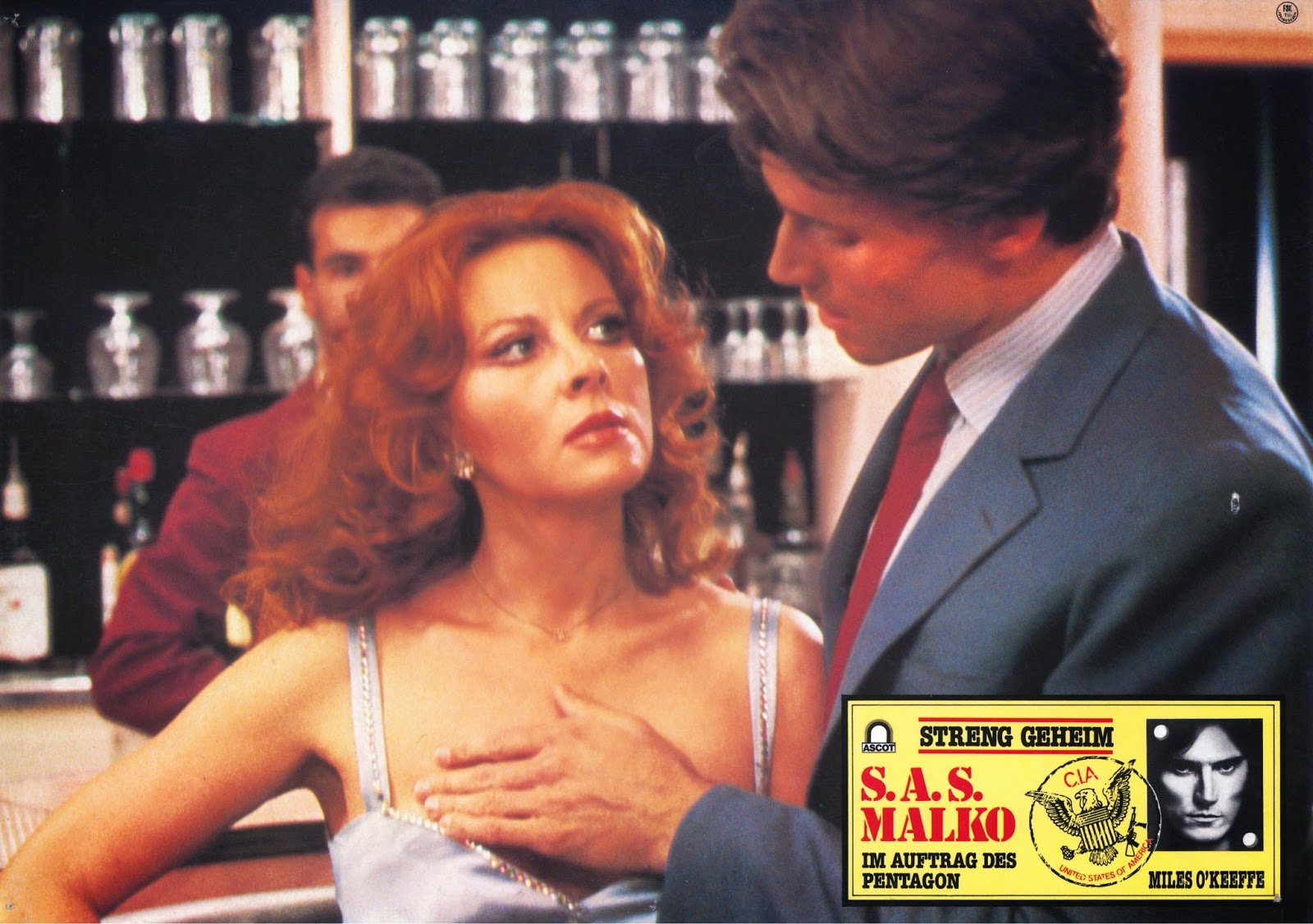 The cast is interesting, but unfortunately they can’t make the proceedings all that interesting: minor fan favorite O’Keeffe has some snappy outfits and closely resembles a statue. Malko is clearly the ultimate chick magnet, and it must be his way of exiting a building that makes him such a hit with the ladies (this one particular building exit is a movie highlight. You’ll know it when or if you see it).

Sybil Danning is barely in the movie but she does get one of the best lines, “are you still playing samurai for the CIA?” - since this was at the beginning of the movie, we were hopeful the idea of a CIA samurai would come to fruition. Spoiler alert: it doesn’t. Dagmar Lassander, among other European people, play South Americans of Latin descent. Of course that includes Raimund Harmstorf of Thunder Warrior 2 (1987) and The Viking Sagas (1995) fame as Enrico Chacon, not to be confused with acclaimed Cat Stevens album Mona Bone Jakon, as the evil baddie and nemesis of Malko. 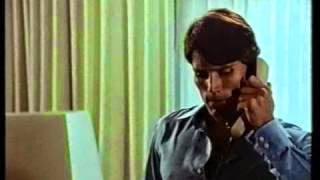 Interestingly, SAS was one of the few movies directed by Raoul Coutard, the famous cinematographer who was instrumental in the French New Wave movement, having worked with Godard on classics like Breathless (1960) and Band of Outsiders (1964). But by 1983, he was reduced to focusing his lens on Miles O’Keeffe in a Speedo. Of all people, you’d think Coutard would know the importance of action and pacing, but the pace is indeed slow and instead of solid action material, he fills the time with the standard moments of civil unrest, disco scenes and what you might call video store nudity.

Released by Vestron here in the U.S. and featuring the song La Colegiala by Son Caribe, you’ll be sendin’ out an SOS if you attempt to watch SAS.

I agree. Watched it in theatre in the early 80's. Nice sentence:
you’ll be sendin’ out an SOS if you attempt to watch SAS.

I completely agree. This was a disappointment. Miles O'Keeffe is very stiff (or statuesque, as you say) in his starring debut. Fortunately, he improved when he began to appear in Italian movies.

Harry: Thanks! That's cool you saw this in the theater.

Roger: Totally agree. He's been in better stuff. Silent Hunter was a classic compared to this.

I thought this one was decent, though not as good as say McBain.

Agreed. McBain was definitely better than this.