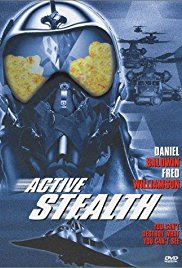 
When an evil Mexican drug lord (is there any other kind?) named Salvatore (Lala) and his henchman Morgan (Funk) take a member of our U.S. military hostage, we bring in the best men we have available to go on the rescue mission. Of course, that includes Captain “Murph” Murphy (Baldwin), a sullen and somewhat belligerent man who is haunted by his past. His wife Gina (Whirry) is supportive, but along with Chiccio (Vennera), Lt. Reb Carter (Abell), and “Hollywood” Andrews – because he wants to make it in Hollywood after his military career is over - (Robinson), the boys snap into action and use the awesome new stealth bomber for said mission. They even get help from “Special Guest” Andrew Stevens as Jack Stevens. Whoa. While south of the border, they make friends with a peasant woman and her young son as they find out Salvatore wants to “El Presidente” himself all the way to the top. Paralleling that back home, Captain Reynolds (Williamson) just may be part of conspiracy that also goes to the top.

Here we go again…if Stealth Fighter (1999), Desert Thunder (1999), Crash Dive (1996), its sequel Counter Measures (1999), Agent Red (2000), Air Rage (2001), and all the other Fred Olen Ray or Jim Wynorski-styled plane slogs from the late 90’s/early 2000’s weren’t enough for you, well, here’s another one. Not only does this not add anything to the genre, it actually takes away entertaining elements from the other ones. For example, there’s no precocious kid like a Sarah Dampf to at least make us chuckle here. We do get an Italian stereotype in Chiccio, but it’s just not the same. 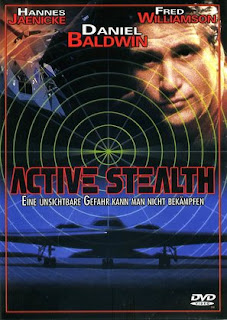 It’s not the “borrowed” footage from other movies that bothers us. We’re used to that by now. It’s the fact that this is a plane slog crossed with an El Presidente slog, two of our least favorite slogs. Just simply stitching them together does not a good movie make. It even knocks off one of our favorites, Commando (1985), with Lala and Funk taking on the Dan Hedaya and Vernon G. Wells roles respectively. There is a ton of groan-inducing dialogue, from the constant military jargon (a lot of which is inaccurate, from what we’ve been able to ascertain), to the noticeably-more-obvious-than-usual homosexual references when our heroes are trying to “bond”. It all will make you long for the glory of Delta Force Commando II: Priority Red One (1990).


And speaking of Fred Williamson, the star of the aforementioned film, let’s face it, this movie is unworthy of his talents. He’s not in it that much, but it even manages to tamp down and tame The Hammer. Not good. Daniel Baldwin puts in a perfunctory performance but seems more interested whenever there’s dialogue involving chili (there’s more than you might think). While casting Terry Funk as one of the baddies was a good idea, we would have liked to have seen Shannon Whirry in more than just the clichéd “worried wife” role. She should have taken a rocket launcher down to Mexico to blow up Salvatore. Then we’d be talking.

Sure, there’s a bunch of mindless shooting, and some helicopters “blow up” (is this stuff even real anymore?) but it’s very, very hard – if not impossible – to care. The Top Gun video game for Nintendo was more entertaining and well-made than this. It’s pretty much the dictionary definition of shelf filler.

The Stealth may be active but your brain cells will be inactive if you witness this muck.

I didn’t think it was that bad, just a typical 90s jet-fighter movie with loads of action and not much brain fodder.

We pretty much agree, we see what you mean. This one was a slog, not the worst, Stealth Fighter was better.